On an Aside... MADMEN 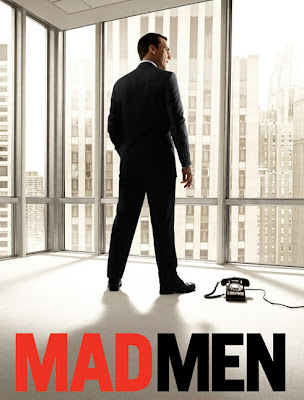 Recently, I randomly decided that I was going to get into the television series MADMEN. I had no idea what the show was about but all I heard about was the surrounded hype and sexy, suited men. I bought season 1 last weekend and I am already onto season 2. That being said, I think my opinion about the show is obvious - it is amazing!

I love the concept of the show, the beautiful men, and how true to its times the show is. You know, in many ways, people have become progressive and open-minded in their thinking, but there are still many things that are very much the same as it was in the early 60's. This show is very interesting in that it gives alotta perspective. Hmm...

In any case, if you need a television show to get into, DEFINITELY watch MADMEN. Every element of this show is sexy and slick. LOVE IT! I'm hooked!

PS. Isn't Jon Hamm one of the most beautiful men you've ever seen? Gah, so hot. PSS. Once I move to my new apartment, I'm going to host a MADMEN-themed day party. LOL