On an aside: Oscars - The Good, Bad, Over & Underrated

Let's be real, in addition to the awards and yada yada, most of us look forward to the Oscars primarily for the fashion.

Overall, the looks were rather drab this year. Not too impressed, somewhat disappointed, just meh. 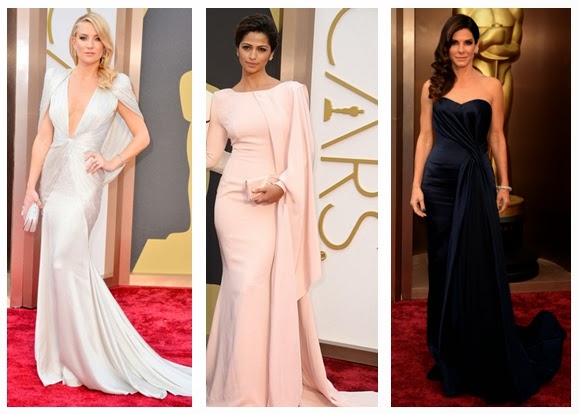 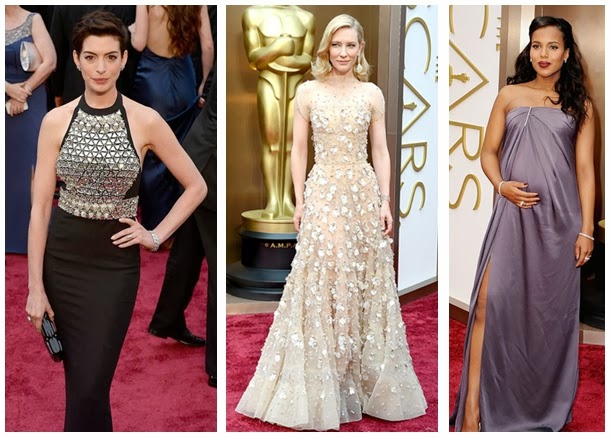 Anne Hathaway looks like a disco ball in tacky, black Gucci dress (left) She also looks like she could be in a George Michael music video.
Cate Blanchett, who always gets it right, gets it totally wrong in this Armani Prive gown that totally washes her out (center)
Kerry Washington looking rather sloppy in Jason Wu gown that resembles like an un-ironed bed sheet (right) Take a cue from Olivia Wilde. 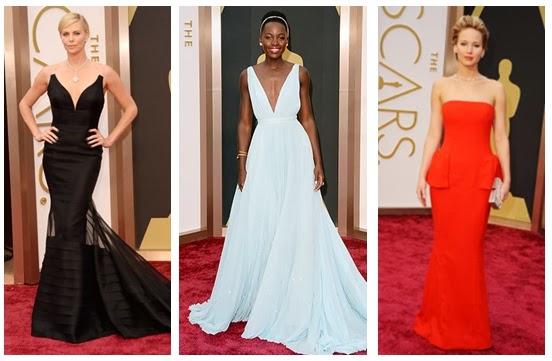 Charlize Theron was an almost 10 but something about the straps on this black Dior dress was odd... (left)
Lupita Nyong'o's pale blue Prada dress is BREATHTAKING but a plunging neckline on a flat-chested, muscular woman makes her look somewhat masculine (center) PS. Is it just me or does she look like she got open heart surgery?
Jennifer Lawrence's red hot Dior frock doesn't seem to do much for her amazing body (right) 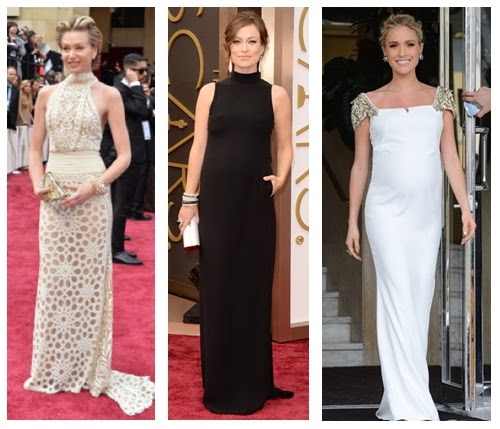