Once upon a time, there was a bar across the street from my office called Beacon Street Tavern [BST]. BST had great food but a mediocre social scene, so when it shut down with signs saying a new place was coming, one couldn't help but be excited for an improvement in the neighborhood. 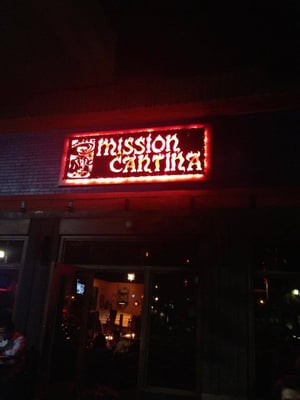 Mission Cantina is a Mexican restaurant that was supposed to be an upgrade from BST.

First of all, it's almost the same place except with tacky furniture, less lighting, and overpriced nachos.

Secondly, the service is AWFUL. None of the staff seems to know what's up and I CANNOT believe you have to pay for stale chips.

The only good thing about Mission so far is the beautiful new bar. This is an improvement from BST.

Mission Cantina built up high expectations and delivered a huge disappointment. I found out yesterday that it's owned by the same people as BST and employs the same staff. Why the change? Was it necessary? In retrospect, not at all! I took BST for granted :(