I don't write as frequently as I once used to - I've got a lot going on. But, I have a story to share that I've kept to myself for most of my life. I'm not sure what has prompted me to share it now, maybe the tragic death of my mom's brother, but I'm ready.

Only a few people know this but... I had a brother. I remember that day as if it was yesterday: the first time my parents told us about him. I was four years old, sitting in between my two older sisters (of course, because they never let me sit near the window) in the back of our car, waiting in front of Rickel's, a hardware store in Holmdel, NJ. Even though I was so young, this vivid memory never left me; I was devastated, grief stricken and heartbroken. My parents recognized this too so they gave me the only photograph we had of him and told me to take good care of it. I guarded this picture with everything I had. 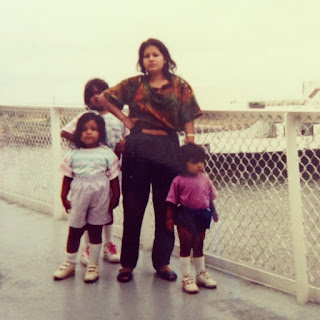 As with most siblings, there was a lot of bullying and fighting in our house. Correction: I was bullied by my older sisters. In retrospect, I was definitely the easiest target being the youngest and all. When they really wanted to be mean though, they'd say things like "if he were alive, you wouldn't be here!" Awful, I know, but we were kids. It's totally normal to be nasty towards one another - I don't hold it against them.  However, a part of me knew that they were in fact correct. My parents wanted three children so technically Diana would've been the youngest and... I wouldn't have been here. From then on, we rarely spoke of him. It was too painful and sad. His story, the picture, and the imaginary memories I created with him became an unspoken part of our lives that I made conscious efforts to not think about.

Fast forward 20 years circa 2013. I was with my former roommate/good friend/soul sister getting into deep, existential conversations. That night, I said something out loud that I'd never said, understood or realized until then.


"I've never stopped thinking about my brother ever since I found out about him."

I immediately covered my mouth with my hand thinking, "OH. MY. GOD." It was the greatest epiphany of my life. The next day, I texted both of my sisters asking if they ever thought about him assuming they'd respond similarly, to which they both replied something along the lines of, "it's been years." Interesting. 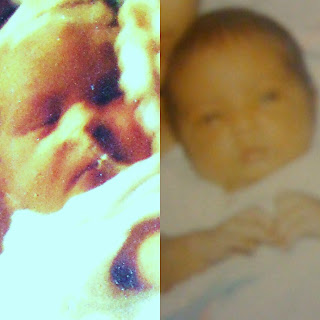 But it's true. He's infinitely in my thoughts, whether consciously or subconsciously, and it's been this way ever since I can remember. Though I've never met him in the flesh, he's a part of me and I know him better than anyone else. He and I are cosmically connected and I am the living embodiment of him. Our lives draw so many parallels it's uncanny. I never used to believe such things but I genuinely believe that my brother is my guardian angel and protector.  During my sickest of days, I'm certain that he kept me from dying to not only protect me but to also avoid having my parents lose yet another child. Today, despite all the scary situations I'm faced with, I'm fearless because I know he is always looking after me.

A couple of years ago, I gave the photo back to my parents. I didn't need photographic evidence anymore because he's with me all the time; they deserve to have a piece of him too. I dedicate this post to my parents, especially my mother, who have seen too many deaths in a single lifetime. I want to tell them that he is still very much present and with me all the time.

My brother's name was Istiaque Ahmed. He died from an illness on August 16, 1986, just two weeks after he was born in Dhaka, Bangladesh. Today, he would have been 29 years old and probably one of the coolest, funniest, and most profound people you ever met. 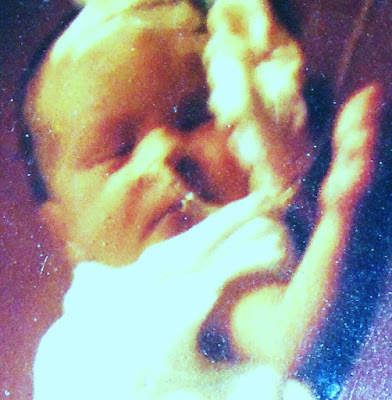