I'd be lying if I said I was a reader - a book reader that is. Sure, I read things on the internet all day long, but reading a book has never been my thing - unless it's a Chelsea Handler sort of book filled with shameless accounts of one-night stands. I do however appreciate the ambience of libraries and the smell of old books.

Within the past three months, about 9 or 10 people told me I reminded them of Mindy Kaling. Now, for those of you who do not know who she is, Mindy Kaling is most notably known for her character of Kelly Kapoor on "The Office". She was also a writer for the show and now has an NBC prime time sitcom titled "The Mindy Project" - which premiered in the Fall hence why all these comparisons started happening recently.

Anyway, the first time I heard that I reminded someone of her, I was instantly insulted. I immediately thought that they were saying I was annoying and flighty like Kelly Kapoor. After the 8th comparison, I decided to take matters into my own hands and watch the show myself.


I got hooked after 3 free episodes on Hulu. Watching the show made me understand the comparisons - and now I can say I am flattered. ;) The show intrigued me enough to Google Mindy and I learned that she recently published a book. 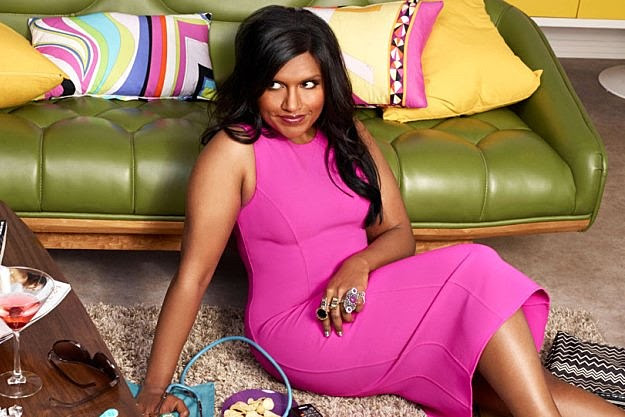 "Is Everyone Hanging Out Without Me (and other concerns)" is brilliantly hilarious. I finished the book in 1 day; this is an accomplishment for me. The book gives readers a VIP tour of the craziness that happens in the writer's room of "The Office" to all the shenanigans that occur on set. She shares funny stories of childhood, her struggling days, and her new life in Los Angeles which shape who she is today.

Her success story is so empowering to women, South East Asians, and thicker girls. I love Mindy because she's brown (LOL), totally relatable, funny, smart, we both love pink, and doesn't care about being a size 8 in Hollywood. I would say Mindy is kind of a role model now (although if you truly care about me, don't ever let me get to a size 8).

This is a MUST read. I highly recommend putting this on your reading list if you have one. You'll get a lot of great chuckles. Until next time, ciao! ;)

PS. Ms. Kaling grew up in Cambridge and spent a lot of her life in Boston - perhaps this is why I especially enjoyed her stories of awkward yet hysterical adolescence.
Labels: books boston is everyone hanging out without me mindy kaling the mindy project the office